Diverse Methods of Classification Histograms using the traditional monolayer analysis, and the same measurements in tissue sections. The surrounding tissue dulls the measurements somewhat, but they are still classifiable. 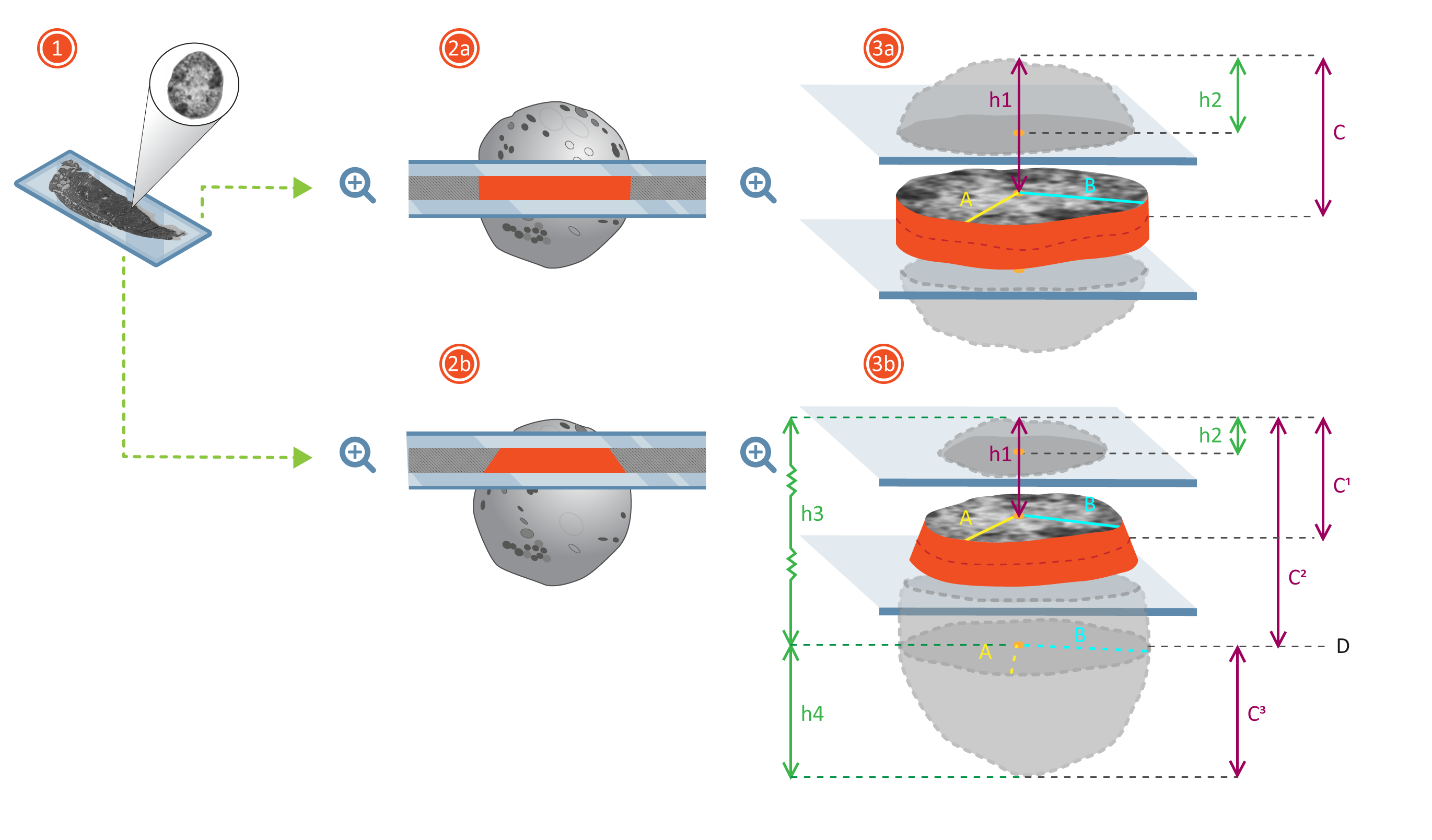 Challenges in IOD calculation Figure 1: The slide with a 2D tissue sample, containing cells which are closely packed. The tissue being imaged is actually a 3D specimen, of which we have taken a 2D image. Figure 2A: Shows a large cell and the optimal placement on the slide, allowing an optimal measurement of IOD. Figure 2B: Shows a more complicated placement of the cell on the slide, as a large part of the cell's surface is outside the slide.Figure 3A: Shows how we try to measure IOD by calculating the distance of the measured surface to the area outside the slide. Figure 3B: Shows how these calculations will fail on cells which are not centered and not round. The missing area of the cell makes the calculations challenging, and the IOD measurments will be incorrect.

The ICGI is developing a method to estimate the DNA ploidy in histological routine sections specifically stained for DNA.

This is challenging for two reasons: in the tissue, the nucleus can be obscured by cells above, around or underneath it in the visual plane, and in sections, the nuclei may be cut and hence no longer contain the full amount of DNA.

We utilize mathematical models to estimate the true DNA content. In tissues with more or less spherical nuclei, such as in prostate tissue, the mathematical modeling works very well. The results of parallel analysis of DNA ploidy in monolayers vs. sections prepared from the same area shows almost 100% correlation when comparing diploid vs. non-diploid classifications. The challenge is partly to distinguish between tetraploid and aneuploid samples in sections, and to develop mathematical models that work equally well with non-spherical nuclei.